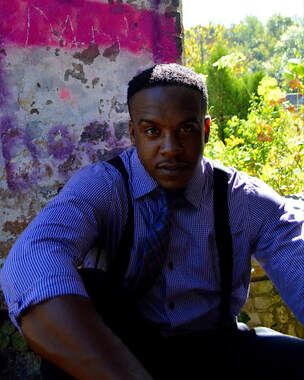 Speaking Down Barriers has a deep connection within the artist community. We were originally founded as Poetry & Conversation where we used the art of Spoken Word to push dialogue forward. So it is only natural that we highlight artists from within our community. To see our roster of previous Artist Spotlight features, click here.

For the next few months, our Artist Spotlight will be on Curtis Lavon!!!

Curtis Lavon Burton, known as Curtis Lavon, is an American author from Columbia, South Carolina. Lavon embarked on his creative journey as an artist shortly after 2011 when he suffered a series of heart attacks in Greenville, SC. He stated, "While I was in the hospital, I heard music yet the room was either quiet or full of visitor chatter. And it was like I knew what I needed to do."

It would not be until April 2016 that Lavon would release his premier poetic masterpiece, "Lipservice". His second poetic project, "Adlibs" (2017), hit the Upstate South Carolina circuit in a frenzy after debuting his spoken word poetry in Greenville at Coffee Underground's Open Mic. His follow up mixtape, "Romans" was released in Spring 2018. Later on that year, in collaboration with songstress (and now wife) Shakira Mitchell, they released their first single "Good Thing".

Lavon is most noted for his storytelling ability and stage presence. Through his art, he enables himself to speak on love, faith and redemption as a man of God in America.

You can learn more about Curtis Lavon and his work  by visiting his website curtislavon.com